Registration and Breakfast: 8:30-9:30 am in the lower level lobby of Coordinated Science Laboratory

Conference Welcome Reception will follow from 6:00-8:00pm in the Electrical and Computer Engineering Building, Room 3002

Christoforos Hadjicostis will start his tutorial presentation at 9:30am-1:30pm (includes a break for lunch from 11:30am-12:30pm) 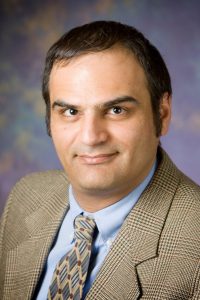 Title: Distributed Average Consensus in the Presence of Network Uncertainty and Adversarial Conditions

Abstract:   Rapid developments in digital system and networking technologies have led to the emergence of complex systems that need to be managed/controlled in a distributed manner over cyber infrastructures, such as wireless and wired broadband networks. The emergence of this type of network control systems, which range from smart grids and traffic networks of various sorts, to embedded electronic devices and robotic networks, has sparked huge interest in distributed control problems. In this tutorial, we present some recent progress in this area by focusing on distributed computation of the average (more generally, a weighted linear combination) of various parameters held at different components of a multi-component system, an operation that is key for several emerging control and coordination tasks. We discuss challenges pertaining to uncertainty about the network topology, adversarial network conditions (e.g., communication delays, packet drops, faulty/malicious nodes or links), convergence (in finite time or asymptotically), and privacy preservation. Several examples and applications are also presented.

Biography:  Christoforos Hadjicostis is Professor of Electrical and Computer Engineering at the University of Cyprus. He received S.B. degrees in Electrical Engineering, Computer Science and Engineering, and Mathematics, the M.Eng. degree in Electrical Engineering and Computer Science, and the Ph.D. degree in Electrical Engineering and Computer Science, all from the Massachusetts Institute of Technology, Cambridge, MA. From 1999 to 2007, he was Assistant and then Associate Professor with the Department of Electrical and Computer Engineering at the University of Illinois at Urbana-Champaign. Since 2007, he has been with the University of Cyprus where he served as Chair of the Department of ECE and Dean of School of Engineering. His research focuses on fault diagnosis and tolerance in distributed dynamic systems; error control coding; monitoring, diagnosis and control of large-scale discrete event systems; and related applications. His work has received funding from the National Science Foundation (including an NSF Career Award), the Air Force Office of Scientific Research, the European Commission (including a Marie Curie International Reintegration Grant), Qatar Foundation, the Cyprus Research Promotion Foundation, and others. 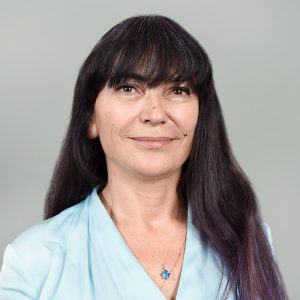 We will overview the distributed optimization algorithms starting with the basic underlying idea illustrated on a prototype problem in machine learning. In particular, we will focus on convex minimization problem where the objective function is given as the sum of convex functions, each of which is known by an agent in a network. The agents communicate over the network with a task to jointly determine a minimum of the sum of their objective functions. The communication network can vary over time, which is modeled through a sequence of graphs over a static set of nodes (representing the agents in a system). In this setting, the basic distributed first-order methods will be discussed that make use of a consensus protocol, which is a mechanism virtually replacing the role of a coordinator. In these basic distributed methods, the agents are somewhat selfish as they greedily process only the gradients of their own objective function, while they mix (through a consensus step) their decision variables. As a result, the methods are slow and cannot be used with a constant stepsize value, which is desirable for a faster convergence. Nevertheless, these methods are useful in the implementations with noisy (stochastic) gradients or noisy/unreliable communication links.

We will then discuss some recent developments of fast distributed gradient methods that can match the performance of the centralized gradient method. In particular, these fast methods are constructed by having the agents be aware of the system objective function in the sense that they are more cooperative in the process of diffusing the gradient information, while still directly processing only their own local objective function. The diffusion of the gradient information is based on a gradient-tracking mechanism, which allows for a proper mixing of the gradient-based directions that the agents are using. Through the diffusion of the agent decision variables and directions, the distributed methods with gradient tracking work with a suitably selected constant stepsize and can be as fast as a centralized gradient method. One of these methods (Apush-Bpull) recently developed, surprisingly, uses a weighted-averaging consensus to diffuse the decision variables, and a push-sum consensus to diffuse the directions. This is quite interesting since most of the prior work on the distributed methods with gradient tracking have used either weighted-averaging consensus or push-sum consensus depending on whether the underlying connectivity graph is undirected or directed. Finally, we will discuss the convergence rate results for these fast distributed methods, provide some intuition behind their analysis, and provide some simulation results that demonstrate their performance.

Biography: Angelia Nedich has a Ph.D. from Moscow State University, Russia, in Computational  Mathematics and Mathematical Physics (1994), and a Ph.D. from Massachusetts Institute of Technology, Cambridge, USA in Electrical and Computer Science Engineering (2002). She is a professor at the school of Electrical, Computer and Energy Engineering at Arizona State University (ASU) at Tempe. Prior to joining ASU, she has been a Willard Scholar faculty at the University of Illinois, Urbana-Champaign. She is a recipient (jointly with co-authors) of the Best Paper Awards at the Winter Simulation Conference 2013, and the International Symposium on Modeling and Optimization in Mobile, Ad Hoc and Wireless Networks 2015. Her research interest is in optimization theory and algorithms, stochastic optimization, variational inequality problems, Nash equilibrium problems, and dynamics of large scale complex systems

*Please note that lodging will not be available on Monday, September 28th at the Allerton Park and Retreat Center. If you plan to attending these tutorials, please pursue other lodging options at the 2019 Recommended Hotels section.

Metered parking is available. Please pay via cell phone or plan accordingly. Change will not be provided by organizers.